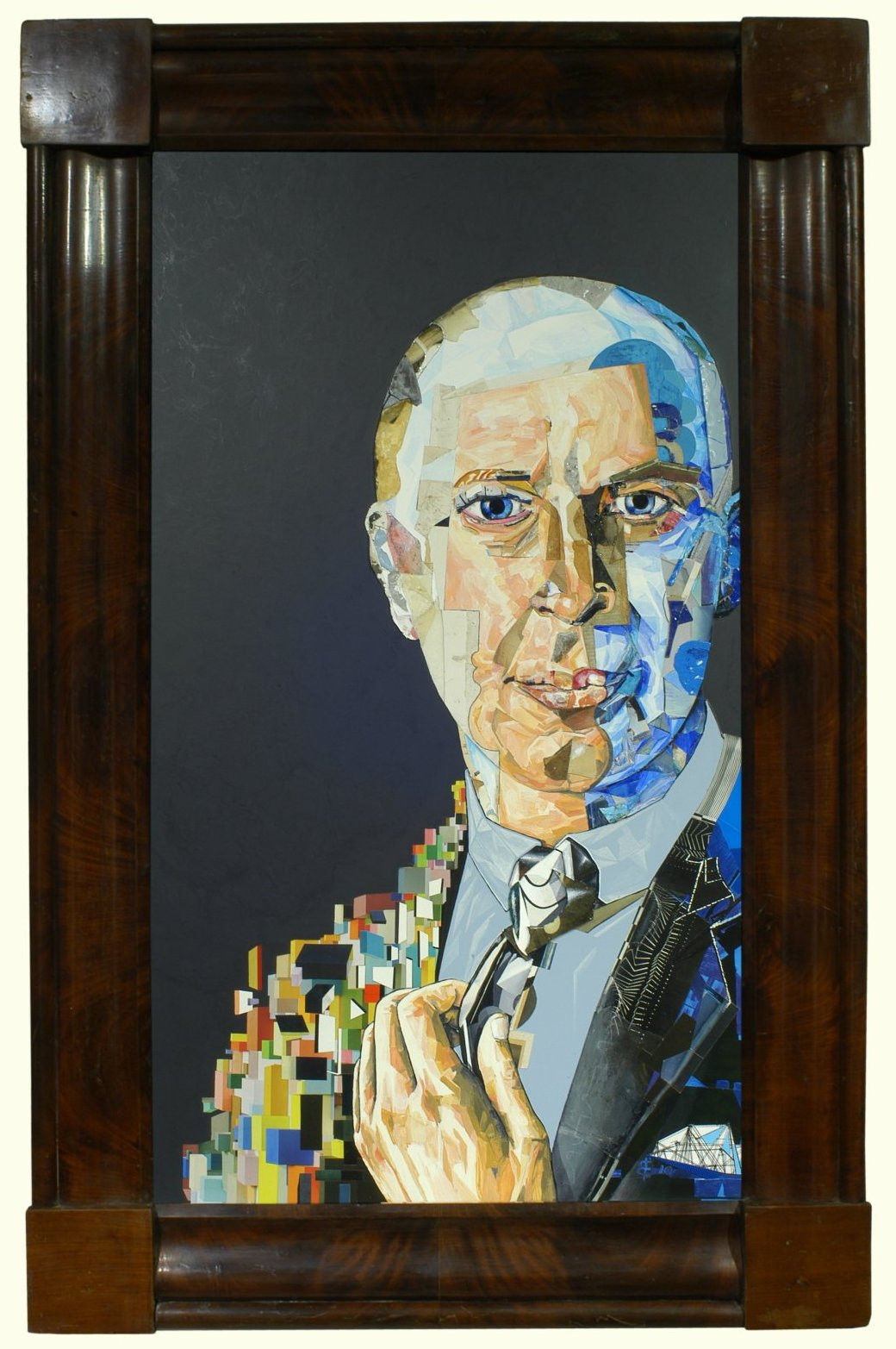 Sergei Prokofiev is a Russian composer, pianist and conductor.

An interpretation of Romeo and Juliet by Valery Gergiev gave the impulse to create a portrait of Prokofiev.

His uncommon musical skills comprise numerous musical genres.
Prokofiev brings together modernism, futurism, romanticism. He is a revolutionary in music.
His mix of melodies, the way he uses dissonance and movements are virtually unmatched by composers of the 20th century.

The music of Romeo and Juliet was originally written for ballet.
The piece contains so many elements and types of sound that the composition, without the actually performance of the ballet, reflects the ballet in sound and movements in a three-dimensional way.

Captivated by the music of Prokofiev I discovered The Battle On The Ice.
The Russian film director Sergei Eisenstein has filmed the historical epic of Alexander Nevski.
Prokofiev composed the music for this film in 1938.

If you listen to the Music of Prokofiev, it is incomprehensible, natural and logical. And that all at the same time.
I have incorporated these elements into his portrait, together with the two themes.
Romeo and Juliet are both included in his face in a familiar way.
The ballet is incorperated in the right shoulder, you can hear the sound and see the movements.
In the outline of the face (the part with blue) and in the left shoulder I processed The Battle On The Ice.