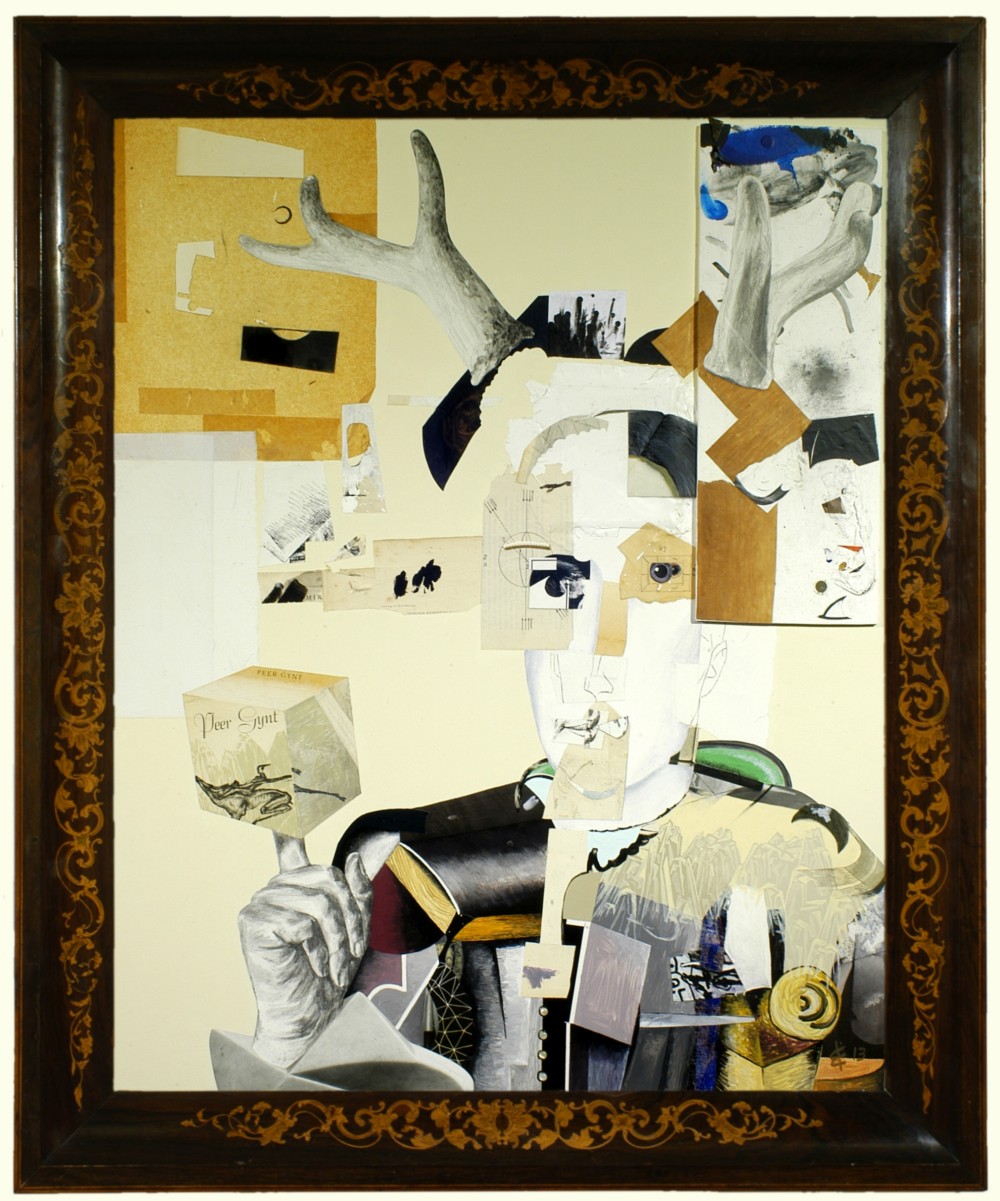 Peer Gynt was originally a play written in 1867 by Henrik Ibsen (1828-1906).
Commissioned by the Norwegian government, Ibsen had made a tour through the Sognefjell Mountains to gather together folk tales. Ibsen incorporated the adventured of Gynt into a play.

This tale by Ibsen is so timeless that one could describe it as a recurring revolution. For this reason, I have placed it within the period of futurism and the dada movement.

Self-absorption and a mind full of fantasy lead Gynt into his own world, a world of never enough. He lives from one moment to the next, his own interests paramount, always rediscovering himself. As a businessman he earns his fortune, as a profit he is revered, and as a madman he is crowned emperor.

In death he has the time and opportunity to find someone who understands his true being, which he will be forced to confront. Ultimately he finds peace and happiness with his childhood love Solveig. Peer Gynt continues to ponder on life, his world changes, but whilst his ego remains hidden within his dreams, he can now die in peace.

Next to Edvard Grieg composed Harald Sæverud and Alfred Schnittke music to Peer Gynt. Schnittke composed a ballet score inspired by the play.