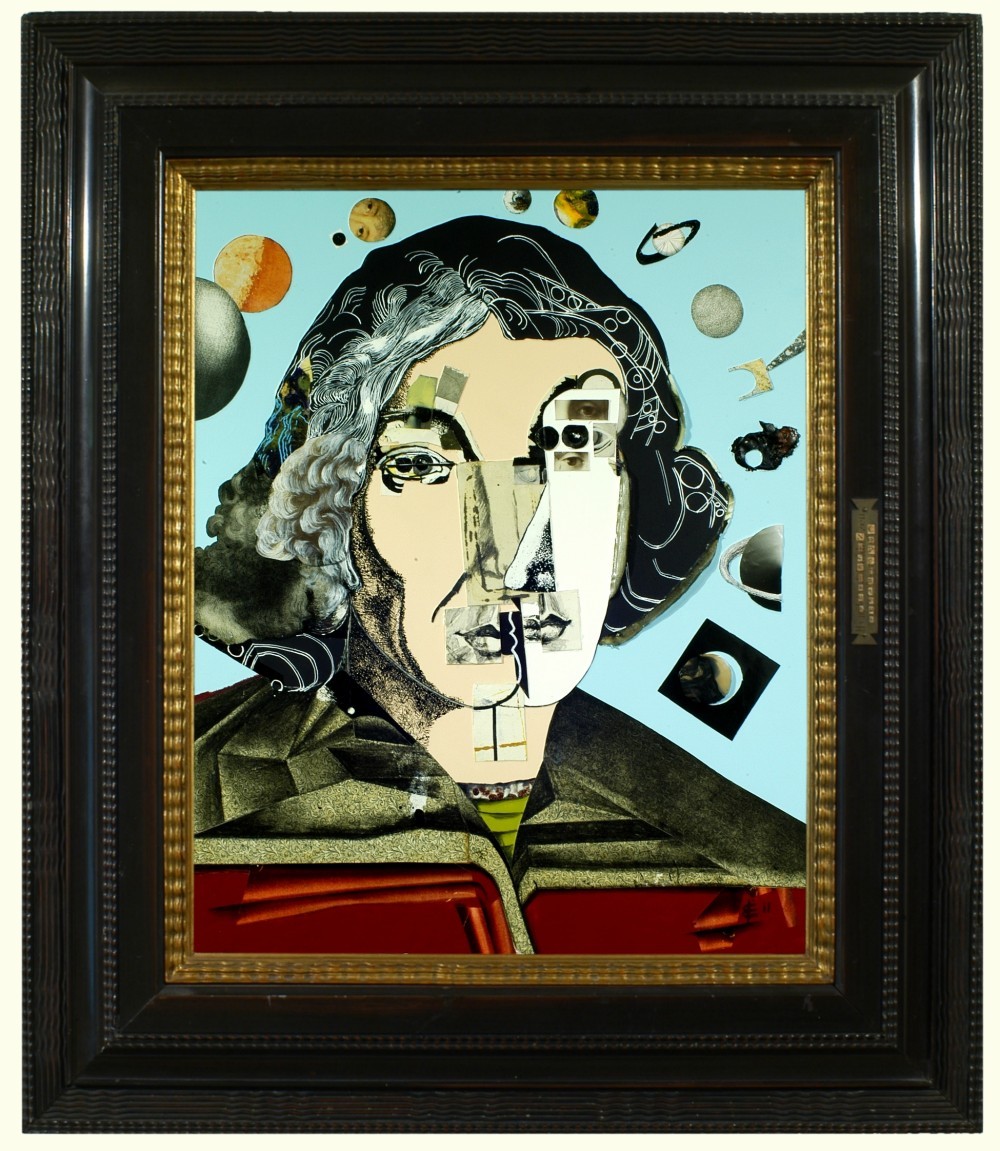 Copernicus is seen as the father of the heliocentric theory of the solar system. This states that the sun is in the middle of the solar system and that the other planets rotate around it and that it is not the earth around which everything rotates. This theory caused many problems with the Vatican. Copernicus led a complicated life, thanks to the resistance his theory caused when he wrote it in 1530. This manuscript “De revolutionibus orbium coelestium” was first published in 1543 after initially being censored. It was stated that it was a mathematical model and not reality. According to tradition, Copernicus was handed his book on his deathbed.

I have portrayed Copernicus in the medieval visual language with a vulnerable beauty and naive features. My fascination for dada and surrealism, cubism and avant-garde has been given shape in the way in which I have allocated Copernicus a central position within his own theory.

The work looks realistic but that is an illusion, although you could place Copernicus immediately in his time. I made the work like that: what you see is not accurate.
As viewer, you remove all the impossibilities from what you see and make a proper face of it. Reality is rarely the same as the way in which it is experienced from our own viewpoint.