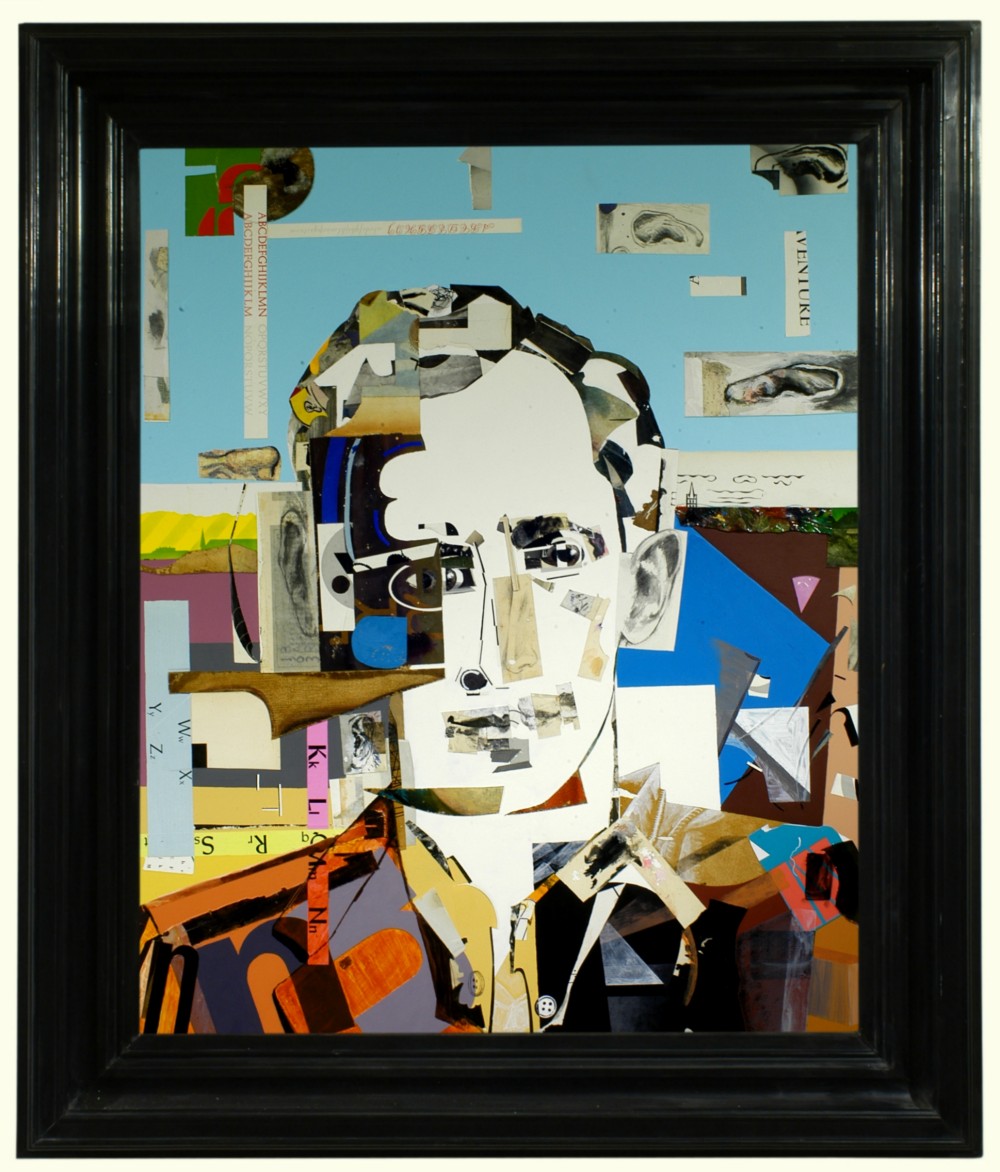 Wittgenstein was an Anglo-Austrian philosopher. He was one of the most influential philosophers of the 20th century, even though he wasn’t loved by many of his peers. He contributed greatly to linguistic philosophy, and the foundations of logic. In the Netherlands, his points of view were introduced by writer W.F. Hermans, who translated the “Tractatus Logico-Philosophicus”, written in 1921.

Wittgenstein himself said “my book consists of two parts; the part I wrote and the part I didn’t write. The latter is the most important one”.

This appeals to me, because I recognise it. When you meet someone, everything you see is visible, and everything you don’t see, is tangible. Both are of similar importance, and both determine the image the observer has of the object that is being observed. The same is true for my paintings. My paintings consist of a visible part, and a tangible part. My portraits are not images frozen in time; they show a world, with depths, layers and movements. I re-interpret every new day. That is the part that I didn’t paint. That which we see, is only a fraction of the big picture. Together with what we don’t see, it forms humankind in all its shapes and sizes. I consider each piece to be three-dimensional and alive.

In my portrait of Wittgenstein, I reproduced the world of logic: his eyes are recognisable as eyes, but they have not been portrayed in a logical way, which means that what isn’t there, is actually being portrayed. We perceive them as eyes perceiving us.

In this piece, I tried to show surrealism, cubism and realism, as a turning kaleidoscope, moving the shapes into crystals and spaces, where gravity is a relative concept. For me, that is what the world of Wittgenstein represents: the alphabet where the letters are left unsaid, and are given meaning through our communication.