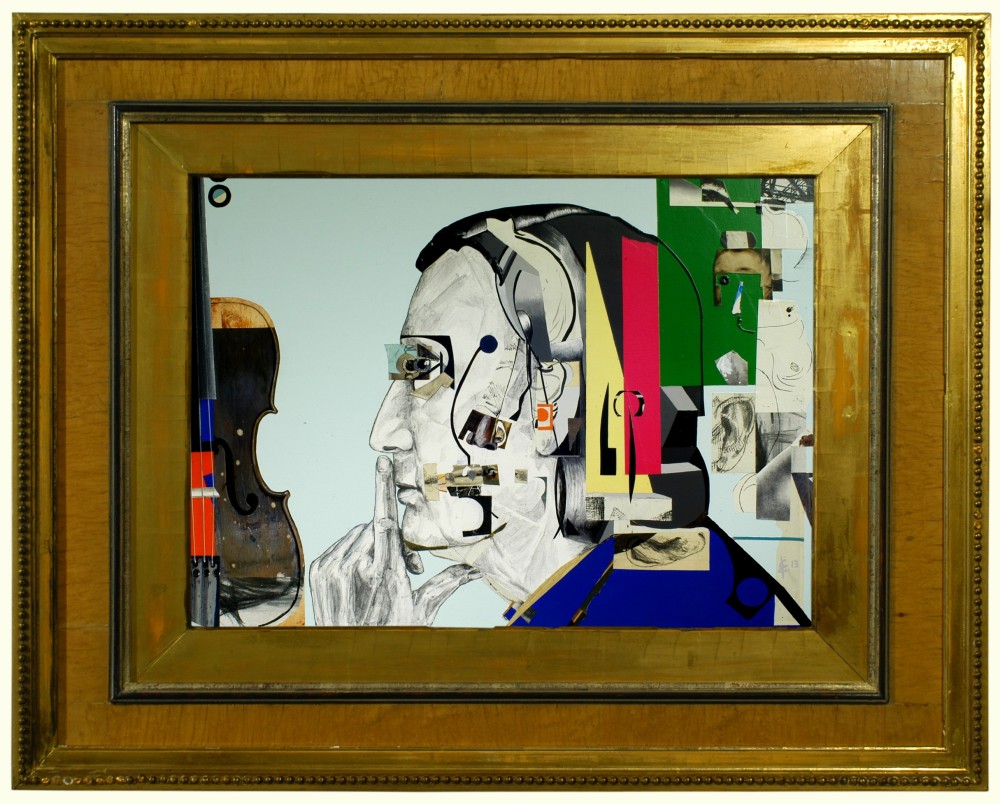 Schnittke is a composer who since the nineteen seventies devoted himself to composing music. Schnittke became one of the most performed composers of the second half of the 20th century. A composer who alternated between brilliant tango music, avant-garde works, the classics and film scores all at a very high level. A Miles Davis of the classical music world. He gave the avant-garde a new face. His recorded ‘western’ works were followed in the Soviet Union with suspicion and performances often thwarted. By writing film scores he could support himself financially. Because of this diversity, I think of him as a Picasso of composers.

In his portrait I have represented the avant-garde, expressionism, the abstract, and realism. Elements that are breathtakingly beautiful and powerful in his work. I show the stillness and have portrayed in particular his musical ideas.