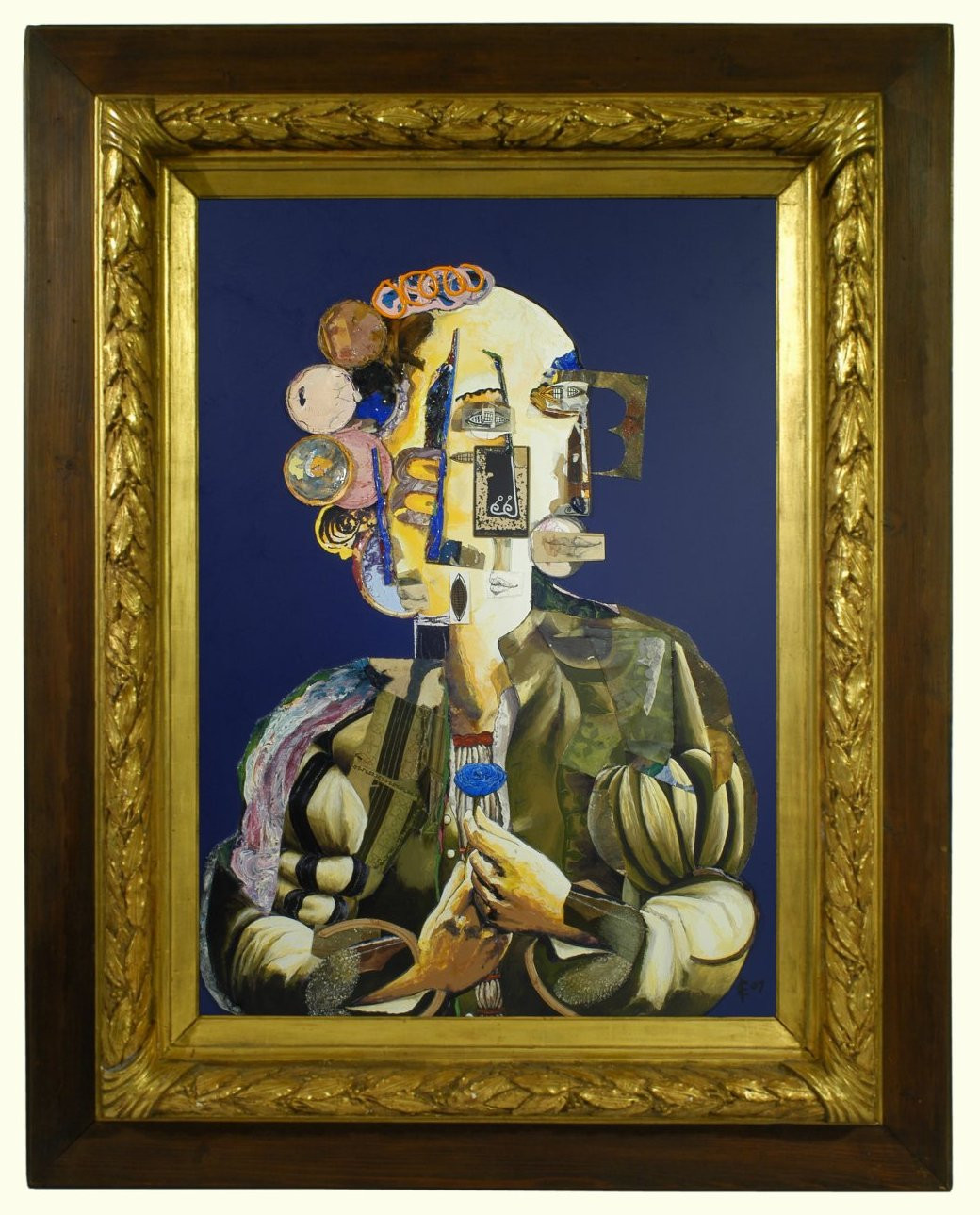 Albrecht Dürer (1471-1528) painted portraits of many leading people of his time. He was and is notable for his way of working and the techniques he used. He was somebody who presented life honestly and had an eye for details in his work which ultimately carry the work.

Were they unable to render the proper proportions? Many paintings were made behind the walls of monasteries. Did this have an influence on the way in which the people shown were given form? Did people see the world differently or wasn’t it important and it all revolved around a naive beauty (and I certainly do not mean naive in any deprecating way). I frequently find it exceptionally beautiful and it fascinates me because man in all his innocence clearly shows how and why he lives.

I have made this painting of Albrecht Dürer with these characteristics of non perfection, where only pure beauty counts and the subject of the painting is not at all bothered by this.

In the Middle Ages clothing was complicated in image, patterns and connections. And at the same time whimsical. I have also exploited these elements with cubist influences.