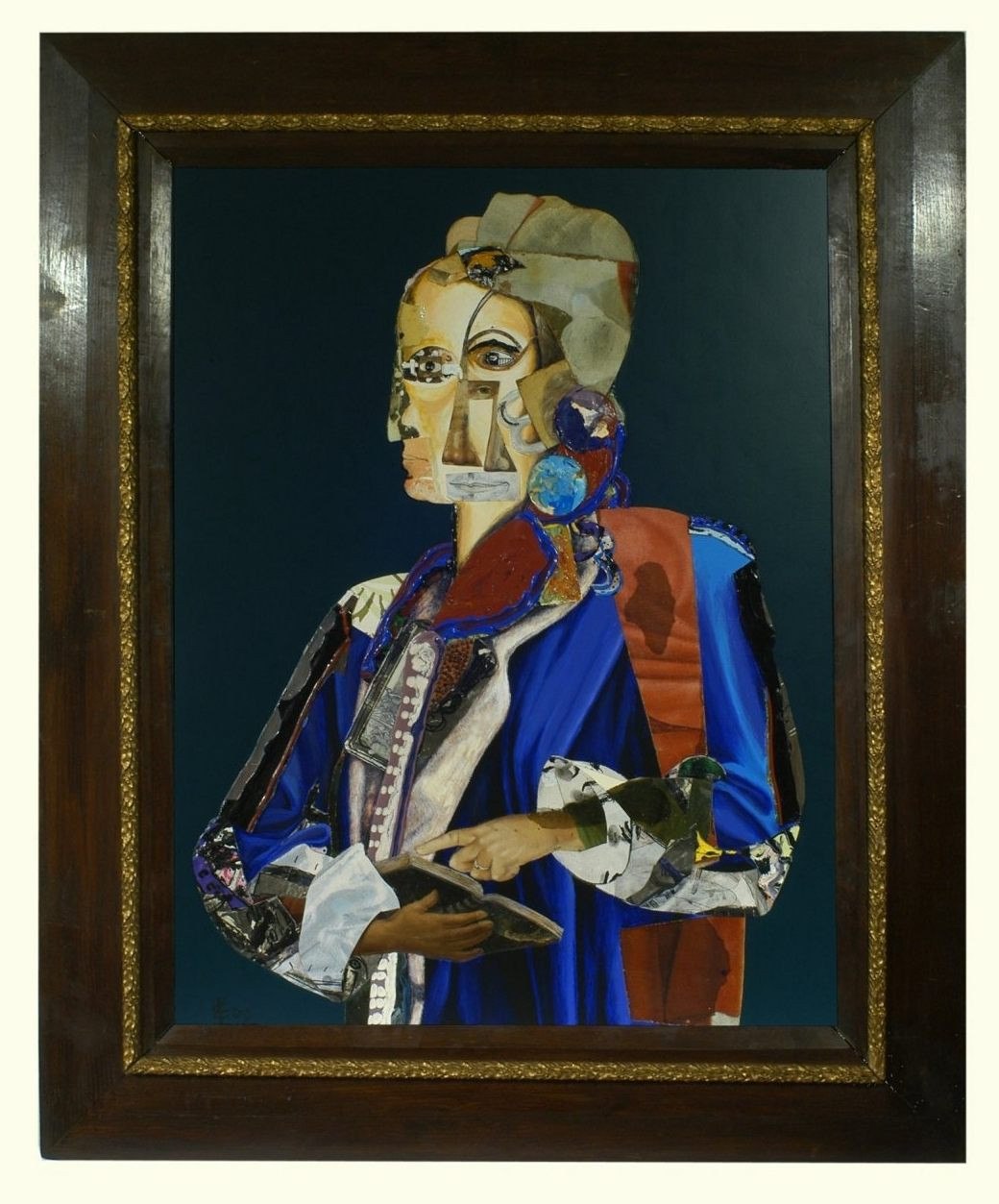 “Anybody who removes illustrations from life, removes its greatest pleasure; often we see more in images that we understand from the written word.”

Erasmus was averse to self-glorification. Many portraits were made of him. That seems contradictory, but it was a way of expressing his ideas. He is often shown with books that he wrote himself or which were important for his view of life.

The hands are parts taken from two 18th century paintings which I have adapted and also used in other places in the work.
In his right lapel (on the left if you are standing in front of the painting), I have incorporated the illustration of the book “The Ship of Fools” by Sebastian Brant. This book by the German humanist that appeared in 1495 inspired Erasmus to write “The Praise of Folly”.

In his left lapel (right to us), I have incorporated nails: very old, hand-made nails that symbolise acumen, connection, dogged labour and faith.
In his right eye, I have shown a small cross: his view on faith.
His left two eyes (to the right for us) stand for humanism, of which he was the founder.
His face in profile is older than his face ‘en face’.

The sleeves symbolise Modernism, which I have used in this way because the philosophy of Erasmus was, in many instances, anti-traditional.

In this work, I wanted to merge the characters of an age – past and present – as if that is normal and self-evident.

Consulted source: ‘Erasmus and his age’, a catalogue published by Museum Boijmans Van Beuningen in 1969 on the occasion of an exhibition mounted to celebrate the birth of Erasmus, 500 years before, in Rotterdam in the night of 27/28 October.